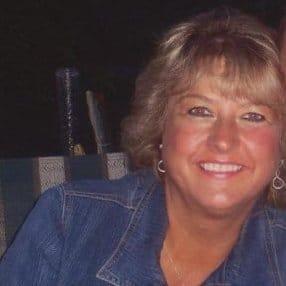 MASON CITY, IA, Apr 14, 2017 | A Mason City woman convicted of stealing nearly a half-million dollars from a dental practice has been sentenced to federal prison.

Pamela Harris, 58, was sentenced Thursday to a term of 41 months, or three years and five months.

This happened while she worked as an office manager from July 2005 to May 2014.

She’s also accused of paying for personal expenses with credit cards she opened in the dental practice’s name.

U.S. District Court Judge Linda Reade told Harris at her sentencing in Cedar Rapids that the crime was very serious, sophisticated and caused serious hardship for the dentists, according to a statement from the U.S. Attorney’s Office.

They say the judge took note of a letter Harris’ civil attorney sent to the dentists early on, saying she would pay back $100,000 if they gave her a good recommendation for another job. The dentists declined to do so.

She was ordered to surrender to federal jailers on May 8.

MASON CITY, IA (Aug 29, 2016)  — A woman who used to work at a Mason City dental office is accused of stealing money from the practice.

Court documents say Harris, a 21-year employee, began scheming to defraud the practice in 2005 and continued until she was fired in 2014.

She is accused of using these forged checks to cause NSB Bank to make electronic funds transfers by wire directly into her bank account or into the accounts of third parties, including credit card companies, to pay for personal expenses.

Harris also allegedly maintained various credit card accounts in the practice’s name to pay for personal expenses without authorization from the dentists.

From time to time Harris allegedly attempted to disguise the illegitimate payments by causing checks to be drawn close in time and in amounts identical to the practice’s legitimate rent expenses.

It’s unclear how much money was allegedly taken.

Harris has an appearance scheduled for Sept. 13 in a federal courtroom in Cedar Rapids.