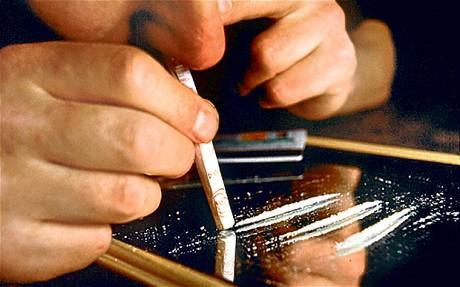 When an employee is fired or quits, do not let this happen to you.  Follow the steps in our Employment Termination Checklist

May 3/19 NEW HAVEN, Ind. (WANE) – An ex-employee from Downie Family Dentistry is accused of hacking into the dentistry’s phones and sending messages to customers saying the dentistry was closing due to the dentist having a drug problem. The dentist’s office says neither are true.

The employee was fired from Downie on Thursday over an embezzlement scandal, office personnel said, but before he left, he promised revenge, according to the dentist’s office.

“Unfortunately, due to the escalation of Dr. Downie’s chronic substance abuse problem, from cocaine to methamphetamines, we’ve had to close our doors. If you believe you have been treated by Dr. William Downie while he was under the influence of a controlled substance, you should immediately call the Indiana Dental Association.”

The Downie Dentistry’s Facebook page has been taken down. Dr. William Downie called the accusation of him abusing drugs “ridiculous.” 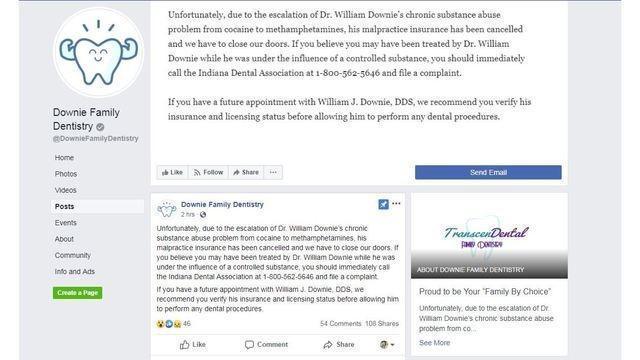 He said the schedule for Friday is “slammed” and he does not plan to make any changes to business hours. In addition to the misinformation, Downie says the ex-employee stole a company vehicle. He says he went with police to recover the car. When he returned to the dentistry, he found out what else had been done. Downie and the rest of the dentistry’s management staff are talking with police to determine the next steps that should be taken. Some customers are worried about what could happen next.

“We have, if anything, in the process of learning how to run a business, which again is quite a learning process and always is a learning process, learned about parameters in place that secure patient information to make sure that things like that are the topmost of importance,” said Downie. 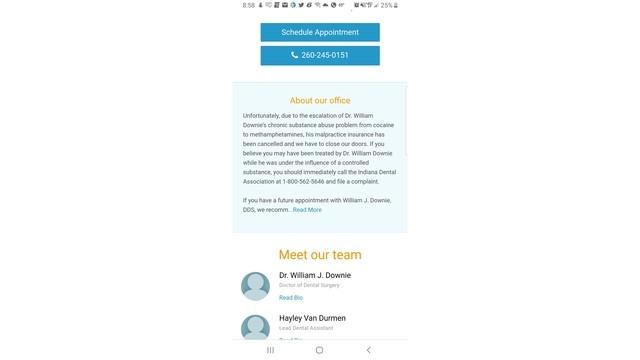 When the employee was let go over embezzlement accusations, Downie said the Dentistry was not planning to press charges because “everyone deserves a second chance.” Now, the plan is to get the word out that Downie Family Dentistry is not closing and Dr. Downie has never used illegal drugs.