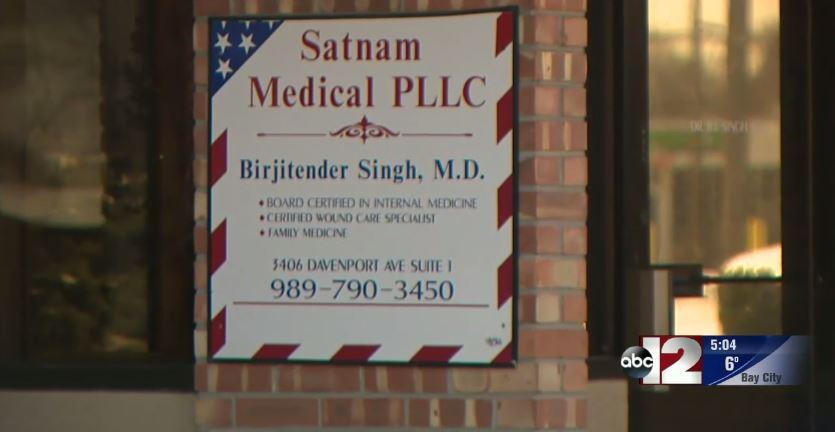 Two women are charged, including the suspect who actually tipped off investigators to the case by filing an identity theft complaint. Investigators working that case discovered the alleged embezzlement instead.

“Just horrible,” said Dr. Birjitender Singh of the past several months as the investigation has rocked his office.

Sarah Walser, 43, of St. Helen has been arraigned on embezzlement charges. Trent Boyd, a financial investigator with the Saginaw County Prosecutor’s Office, said she had access to all of Singh’s personal and business bank accounts.

Walser, who is accused of stealing $175,000, actually alerted police to a possible identity theft.

“They were notified of a check for $4,000 that had gone missing from an account of Dr. Singh’s and she notified the sheriff’s department to file a police report regarding identity theft,” Boyd said.

But when the Saginaw County Sheriff’s Office started investigating, they believed it was Walser who was stealing something.

“There’s multiple checks,” Boyd said. “It’s not just a single check, there are multiple checks that show she was writing to herself and putting them in her personal account.”

Kara Rogers, another former employee of Singh, is accused of using more than $23,000 of the stolen funds for personal use. Singh is still sifting going through paperwork to determine whether the embezzlement goes further.

Boyd said his office is prosecuting a number of embezzlement cases totaling more than $1 million combined.

“There are people out there that are given access to these types of accounts and take advantage of people and they think they get away with it and my job is to catch them,” he said.

Walser and Rogers both posted bond and have been released from custody while awaiting further court proceedings.