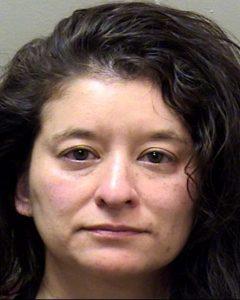 SPRINGFIELD — Dr. Farruhk Kureishy lost more than his money when his longtime office manager took more than $400,000 from his practice, according to his statement Friday to a federal judge who will sentence the former employee.

“She not only started managing our office but our finances. Basically we trusted her like family,” the Clinton doctor said of his relationship with Veronica Luster, who pleaded guilty in March to mail and wire fraud in connection with the scheme to embezzle funds from Clinton Internal Medicine.

U.S. District Court Judge Sue E. Myerscough granted a defense request to postpone Luster’s sentencing on Friday to allow her to receive a psychiatric evaluation. Defense lawyer L. Lee Smith told the judge he believes a doctor should determine if Luster suffers from kleptomania, a disorder marked by the inability to refrain from stealing.

Luster’s arrest in Bloomington in July on a retail theft charge raised the question of a possible mental health diagnosis, said Smith. He said the request for the evaluation was prompted when he watched before Friday’s hearing a store video of Luster’s alleged theft of a Waterford crystal vase from a Twin City department store.

Luster, 48, was transferred to the Livingston County jail on Friday where she will be held until she is taken to the Bureau of Prisons for the evaluation.

No date has been set for the sentencing hearing; Luster is eligible for 20 years on each count.

In his emotional statement, Kureishy said the losses that piled up over about four years starting in 2011 forced him to close his private practice last year and return to a medical practice at Warner Hospital and Health Services in Clinton where he had worked before opening his office in 2004.

The dwindling finances and mounting bills meant longer hours for the doctor and a second mortgage on his home.

“I had to work harder and harder to make ends meet. We were not at all suspicious that anything was going on,” said Kureishy, who said he stopped drawing paychecks in order to cover payroll for 11 employees.

The embezzlement scheme became apparent in 2014 after Luster was pressed by Kureishy’s accountant for documents needed to prepare tax returns. Luster was indicted in 2015 on federal wire and mail fraud charges.

Fighting back tears, the doctor explained that the theft took an emotional toll on him and his family.

Kureishy said he is being sued by a credit card company for an outstanding bill for $60,000 worth of purchases made by his former worker. The paperwork uncovered during the fraud investigation showed designer clothing, vacations and $30,000 paid to Luster’s son for cleaning the office — all paid with money from the medical practice, said Kureishy.

The 56-year-old doctor said his retirement plans have changed as a result of the losses and he has struggled to pay college expenses for his four children.

In her court filing asking that the McLean County retail theft charge not impact her sentence, Luster argued that no evidence has been produced by Kureishy to prove his claim that the loss caused him to close his practice.

“A mere change in employment, standing alone, is not a ‘substantial financial hardship,'” said the defense filing.

Luster will be required to pay restitution estimated at $370,000, according to a presentence report compiled by federal prosecutors.

Luster suffers from a lengthy list of medical conditions, including chronic back pain and glaucoma, according to the defense. She intends to make a restitution payment of $11,541 before she is sentenced, according to Smith.