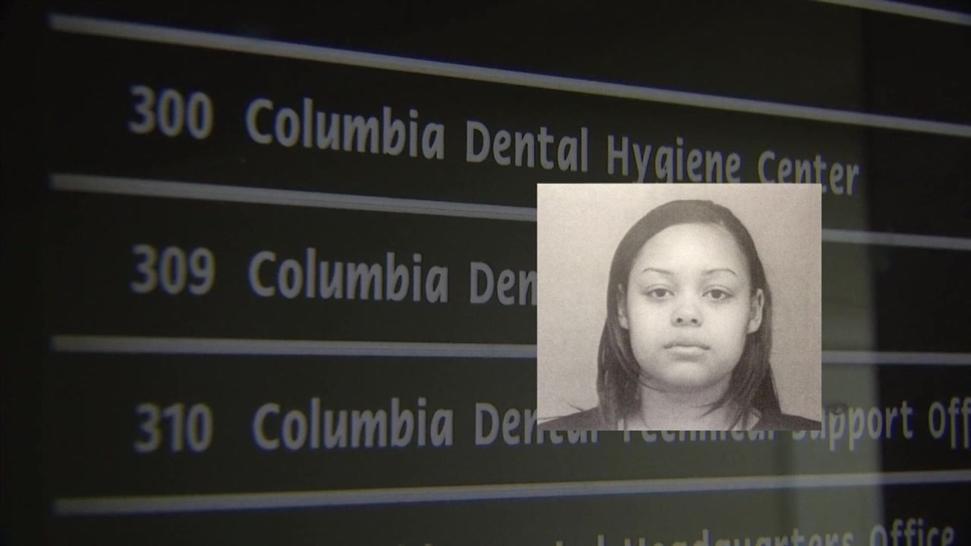 2016 – Columbia Dental is warning other businesses about the dangers of falling victim to fraud at the hands of a trusted employee.

The company says it lost more than $60,000 when a former employee, Leslie Brown, deposited about 42 of its insurance payment checks into her own account.

Brown was arrested in November on a felony larceny charge, according to police.

Court documents show Brown used the ATM at the Citizens Bank on Broad Street in Manchester to deposit those checks into two personal accounts.

“She was extremely smart in terms of how she did it. It certainly fooled us. It certainly seemed to have fooled the bank as they accepted the money and allowed her to use the money,” said Jeffery Smith, general manager of Columbia Dental.

The fraud occurred over a five-month period starting late last year, according to the documents.

“We don’t have a motive as far as why she needed that money but obviously it’s a substantial amount of money,” said Manchester police Capt. Chris Davis.

Brown was able to cash the checks by stamping “Columbia Dental” on the backs and writing “Pay to the order of Leslie Brown” underneath the stamp, according to court documents.

The bank cleared the the checks even though they were actually written to “Columbia Oral Maxillofacial Imaging,” court documents say.

Smith said Brown credited all patient accounts so the company never caught on.

While Citizens Bank eventually detected the fraud, Smith says it has not refunded any money. Columbia Dental is now suing the bank in an effort to recover the cash.

“We wrote the bank, we wrote the board of directors trying to get some resolution and we heard nothing back,” said Smith.

Court records show Brown has prior identity theft and larceny convictions. Columbia Dental said it was in the dark about her background when hiring her.

Brown has since been fired.

“The bottom line is that be careful where your checks are going and keep a good accounting of them,” said Smith.

“When we detect instances of potential fraud, we work closely with the affected party and with law enforcement to investigate and address the issue. We also encourage account holders to regularly monitor their accounts for signs of suspicious activity,” the statement says.

Columbia Dental said it has made a number of changes to its policies to keep something like this from happening again.

Leslie Brown is due back in court next month.